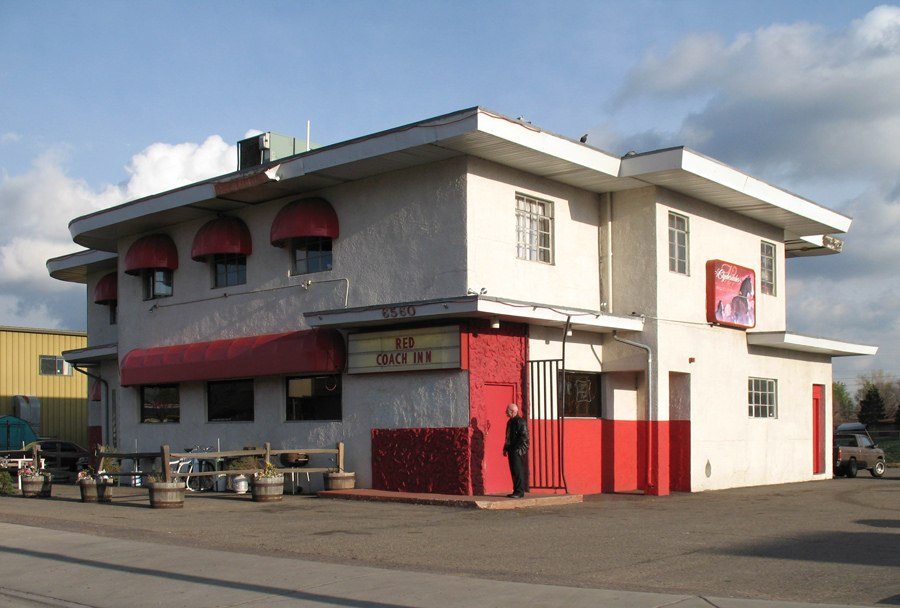 The International-style Red Coach Inn on Colfax. Presumably built in the 1940s, this was originally the Sundown Auto Motel. It might have changed a bit since then, but still has interesting, overhanging eaves that seem to be flowing west down Colfax toward the mountains.